We let our work speak for itself.

Lee Dunleavy is a dynamic choral conductor, organ recitalist and composer, ideally located in the Midlands for his work throughout the country. Renowned for his insightful performances of new music, he has commissioned several works for choir, organ and piano, and has given many world and British premières. He holds both the Choral Directing Diploma and the Fellowship of the Royal College of Organists and is a prize-winning holder of the Archbishops’ Certificate in Church Music.

As an organ recitalist he is celebrated for the diversity of his programmes, which often encompass music from the fifteenth century right through traditional repertoire up to Jazz and Blues-inspired works. He has performed on BBC One, BBC Radio 3 and 4, and toured throughout Europe, Canada and the United States. In recent years he has developed a series of insightful lecture-recitals which have explored the works of Bach”, Buxtehude, Messiaen and Sibelius.

How we support Lee.

Visual Interactive have been supporting Lee throughout various projects since the latter part of 2009. Lee originally approached us to develop an extensive and informative website for All Saints' Church, Northampton whilst he was the Director of Music. Soon after, we developed a personal website for Lee promoting his skills as a dynamic choral conductor, organ recitalist and composer. In 2020, we re-developed Lee's website - bringing it up to date with the latest design trends and making it responsive for mobile device compatibility.

We continue to play an active on-going role in providing website maintenance and updates for Lee and enjoy working with him on on not only his personal web presence, but his other projects. Lee has been a great supporter of Visual Interactive over the years and we regard him as a valued partner. 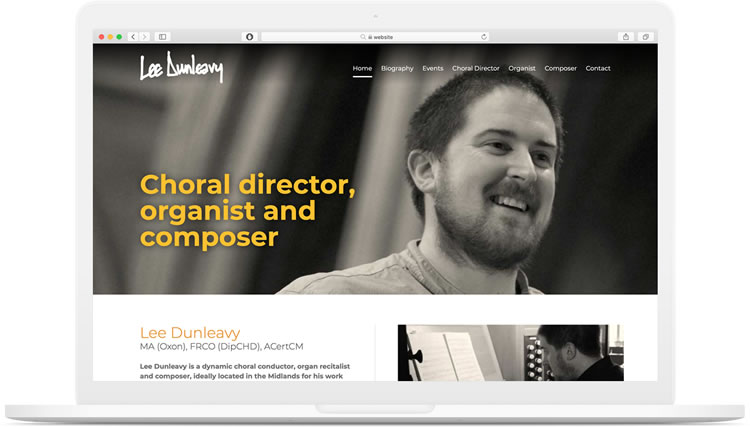 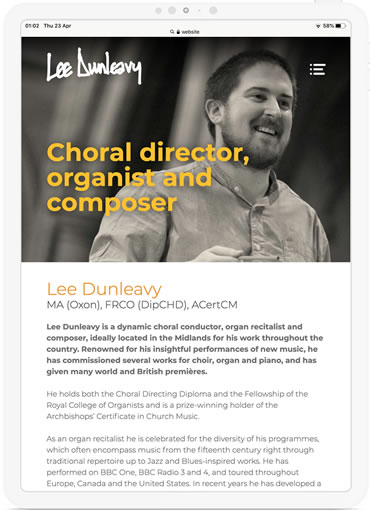 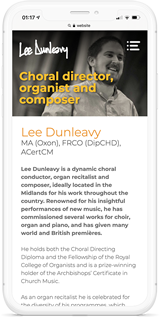 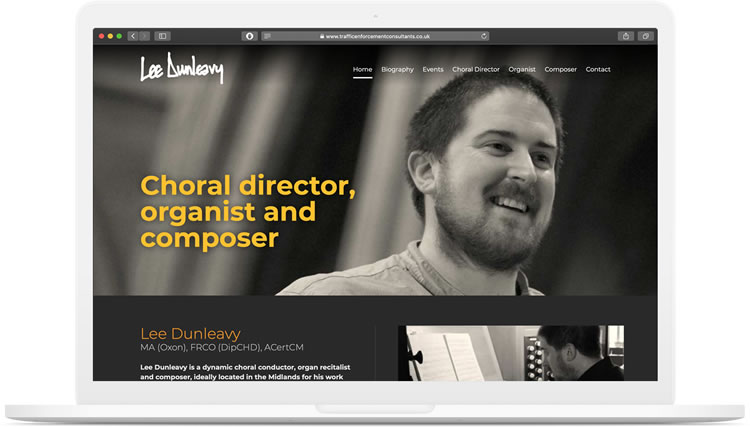 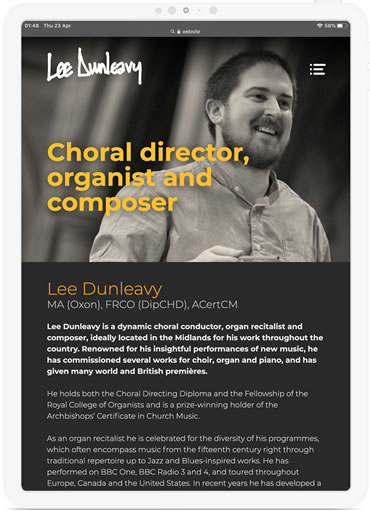 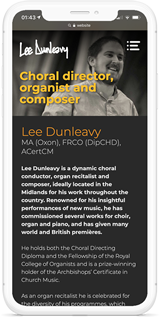 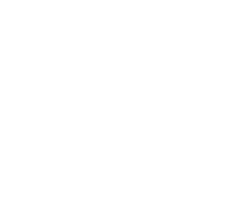 Visual Interactive have been managing my website since 2009, and during that time have totally redesigned the site. All updates and changes have been made quickly and with efficiency and style. I am delighted that through their services I now have far greater exposure. 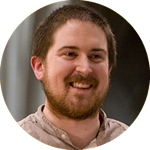 We are proud to have been able to work with all our clients.

Below is a selection of the many projects we have been fortunate to have been involved with.

Let's create something great together.